The private sector sets out its concerns and expectations

The Director General of the Abidjan Port Authority, Hien Yacouba Sié, was facing the private sector on Tuesday 04 July 2017 at the Maison de l’Entreprise, the headquarters of the General Confederation of Enterprises in Côte d’Ivoire (CGECI ). Opportunity for him to enlighten his audience on the achievements of his structure and short-term prospects.

The meeting between the Director General of the Port Authority of Abidjan and the private sector, a joint initiative of the employers and the general management of the port, is in line with good practices between the State and the private sector. It aims to improve the Ivorian business environment, a guarantee of an efficient and attractive economy for economic operators. In this regard, the Autonomous Port of Abidjan is positioning itself as an essential link.

The achievements of the Autonomous Port of Abidjan

Created in 1950, the Autonomous Port of Abidjan passed through several social reasons before becoming a state-owned company since 1992. Changes that imply the role attributed to this regulating port with regard to its place in the national economy. Indeed, the Autonomous Port of Abidjan can “boast” of concentrating 80% of the foreign trade of the Ivory Coast; 80% of customs revenue; 60% of the Ivorian industrial fabric; 21.7 million tons of traffic in 2016; For 55,000 direct and indirect jobs generated. The institution has equipped itself with state-of-the-art equipment and equipment, and has developed a policy of specialization of wharves, which has resulted in the creation of several terminals, including: container terminals, mineral, fruit, cereal, petroleum, d A fishing port, etc., all accompanied by the ISO 9001 version 2008, ISO 14001 and ISP certifications for safety. This earned him short-term ratings A in 2015 and A + long-term ratings by the rating agency Bloomfield Investment Corporation. Figures that force admiration and the Port of Abidjan on the same footing as some major European ports, hence its choice by the largest armaments as a port of transhipment and transit in the direction of sub-Saharan countries. -region. “Each country must be able to supply its economy, insofar as when an economy is strong, its port is also,” summed up the Director General Hien Sié. In spite of this good performance, the Ivorian private sector expects more from the Port of Abidjan, in terms of quality and modernization of infrastructure, speed and costs of customs and handling operations, etc.

The weaknesses of the Autonomous Port of Abidjan

Since 1975, the Autonomous Port of Abidjan has not really benefited from investments for the modernization of its infrastructures. This had the effect of plunging this structure into an uneasiness both in its services and in its functioning. Insufficiency and degradation of the feeder roads, unavailability of industrial spaces and parking for trucks, inaccessibility for large vessels, in short, the litany of complaints and expectations of economic operators, vis-à-vis the port, is long. The development and implementation of a strategic development plan did not follow the acquisitions of machinery and equipment that were carried out. In any case, “the economic future of Côte d’Ivoire is at the level of the Autonomous Port of Abidjan”, to quote the Director Hien Sié.

3 years is the number of years still waiting to discover the Autonomous Port of Abidjan in its “new clothes”. Indeed, since 2015, renovations, modernization of infrastructures and expansion of activities are being carried out on almost the entire area of ​​the port. This mainly involves the enlargement and deepening of the Vridi Canal, which began in October 2015 and is scheduled to be delivered by the end of 2018 at a cost of 128 billion CFA francs. Equally important, the construction of the 2nd Container Terminal (TC2) required 346 billion CFA francs and will be operational by the end of 2019. Major projects call for others, notably the modernization of the port of Fishing on about 30 hectares, for 30 billion francs; The Cereal Terminal (9 ha) and 50 billion Francs of investment; The Mineral Terminal project valued at 55 billion francs, covering an area of ​​6 ha; etc. All of this work, included in the Strategic Development Plan, aims to decongest the port area, to develop the industrial lands and to make the Port of Abidjan much more competitive. In the medium term, measures are envisaged for the relocation of SICTA from the port area, the optimal functioning of the single window, the rehabilitation of the railway, etc. 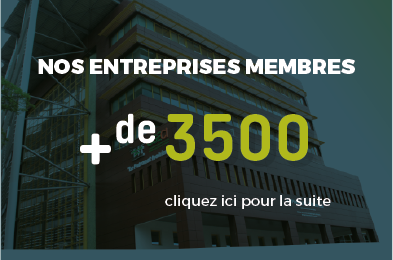